An amazing experience in August 2019.

Live and work on Kangaroo Island, on of Australia’s most diverse and pristine ecosystems, home to koalas, kangaroos, wallabies, echidnas, goannas, and more than 100 species of birds. Australia has a staggering 27.000 species of native plant compared to England’s 1.700. 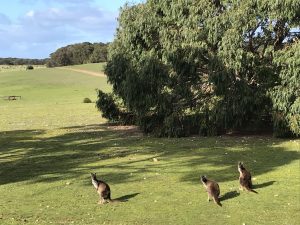 Kangaroo Island has 900,  including 100 varieties of wildflowers, many of which are unique to the island.

My volunteer project take place at a wildlife sanctuary on Kangaroo Island. 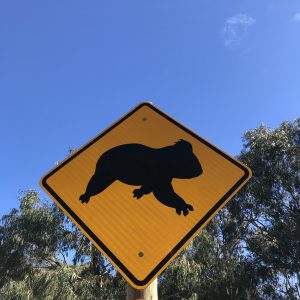 The 5.000-acre wildlife sanctuary is situated on the western end of Kangaroo Island, between the Kelly Hill Caves Conservation Park and the Finders Chase National Park. It is bordered by over 100.000-acres of protected wilderness lands, which have never been cleared, and the Great Southern Ocean. It is the Gateway to South Australia’s most iconic wilderness area. Pristine beaches, spectacular coastline, old growth maritime bush land and forest, plus abundant wildlife combine to make this area one of Australia’s most awe-inspiring places. 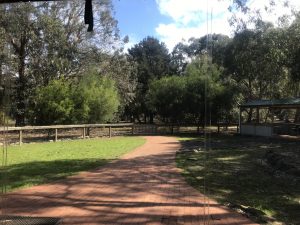 The wildlife sanctuary is located 100 km from Kingscote, the main service center of Kangaroo Island. Kingscote has a population of 1.500. It is a friendly and safe country town. Chic too! 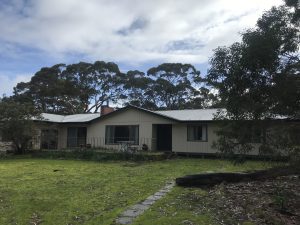 The wildlife sanctuary is located at Latitude 36.00 00 South at the southwestern tip ok KI. There is Nothing to the South until Antarctica and Nothing to the west until Mar del Plata, Argentina. There is no commercial flight path near this area and any background light or sound pollution. In the evening, we see the Southern Cross and learn to use it as a compass. The only sounds are wildlife Moving through the bush.

Back in the early 1960’s, the wildlife sanctuary was one of the largest sheep and cattle farms on the island. The property tallied around 3,845 hectares (9,500 acres), the boundaries extended from the South West River Road (Hanson Bay Road) through to Flinders Chase, and from the coast back to South Coast Road. In 2012, a large piece was incorporated into the national park. On the remaining holding of 2,000 hectares, only some 660 hectares (1,600 acres) was cleared and the remainder natural scrub. In 1997, the property was sold and is now known as a wildlife sanctuary. All conversation developpement dépends on the help and funds obtained by guests and volunteers from all aver the world. 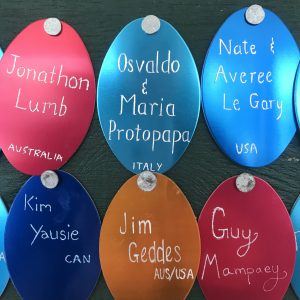 The Feral-Free Fence and Fence Run

The feral-free fence is designed to protect the animals and plants thant are Inside from feran animals. The fence encloses approx. 250 aces and is 5 km in circumference. On Kangaroo Island, here are a number of feral animals including cats, pigs, goats and deer. The biggest problem is feral cats. They decimate the wildlife and spread disease. Pigs can also be a problem, especially during winter when they dig in the soft soil in search of food. Their digging destroys habitat and can also lead to erosion. The fence is periodically checked for holes and Echidna burrowing. 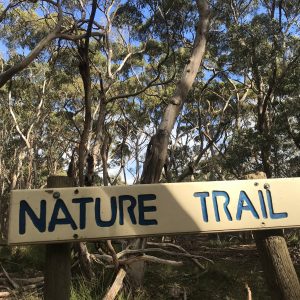 Koalas were introduced to Kangaroo Island in the 1920’s when 18 animals from Victoria (French Island) were released in Flinders Chase National Park at the western part of the island. The releases were intended to safeguard the species from extinction on the Mainland where Hunting, disease, fire and extensive habitat clearing threatened their Survival. 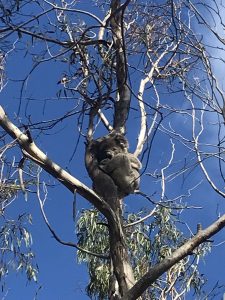 Koala population are now weel established in several areas on the island, including around the Cygnet, Hanson Bay, Middle and Eleanor river systems. 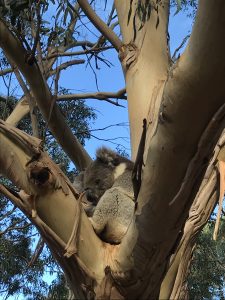 Kangaroos are native to the island, and spend most of the day resting either the warmth of the sun or in the cool of the shade depending on the température. The Western Grey is cropuscular (i.e., they start feeding late in the afternoon and into the early hours of the night, rest until early Morning and feed again until a few hours after first light). Island Kangaroos are grazers but will eat grain and browse on trees. 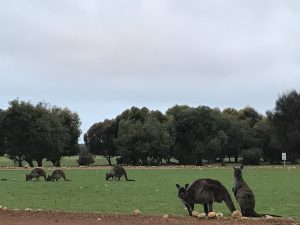 Brush-tails are native to the Island, and spend most of the day sleeping in hollows of trees or any in any place they can wedge them self into. You find a lot of possums make their home in roofs, sheds, old tyres and place that is safe and dark. You will probably hear some at night above your accomodation. Possume usually wake up around Sunset, but Don’t venture out until it’s completely dark. This is the time when they hunt, forage, scavenge and interact with other possums. Possums are omnivores and tend to eat flowers, roots, seeds, shoots, insects, birds eggs and some small vertebrate. 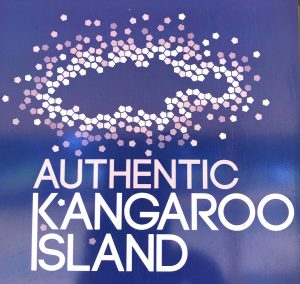 The tammar wallaby is also known as the dama wallaby or darma wallaby, is a small macropod native to South and Western Australia as well as some nearby islands. It may have been the first macropod to be seen by a European. This species is largely gray in colour and is the smallest wallaby. At least three subspecies are known. Tammar Wallabies are rarely seen during daylight hours and usually come out at Twilight. During the day they sleep in dense scrub, Under bushers and shrub. Tammar’s like to eat grasses, roots, fungi, and browse on shrubs. 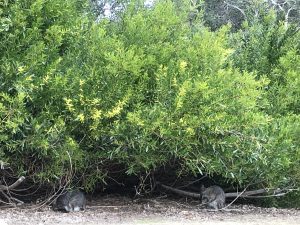 When I arrive for my day’s work at HBWS, my first task was to locate the koalas on the Koala Walk and in the planted forest. I positionned flags on poles underneath trees where there where koalas clearly visible.

The local wildlife sanctuary gave me the opportunit to have hands-on experience with conservation funded by eco-tourism and day-to-day interaction with Australia’s mot iconic wildlife. A it is wild, it was not possible not touch, pet of feed the wildlife.

I had a variety of experiences, with international guests to working with wildlife and planting trees. 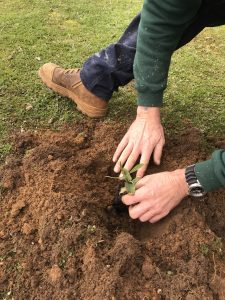 I have done special activities such as the weekly beach cleanup and bird Survey, help maintain paths and assisted visitors with finding the koalas. 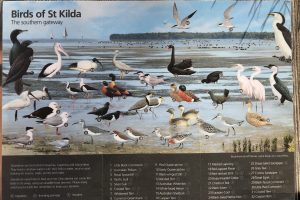 I checked that the koalas where still in the same trees, and move the flags when necessary, removed Fallen branches and twigs, picked up garbage. I made sure that the water bowls for the animals along the koala walk where filled with water. 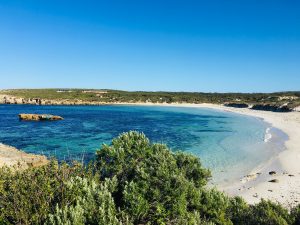 I assisted in helping guests experience wildlife during therie visit (for daytime bus tour, up to 50 people arrived on the Sealink bus to spend half an hour at the Sanctuary). 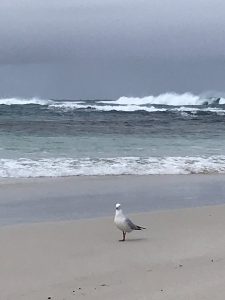 I let them know to look for the orange flags to locate five of koalas, and then gave them the option of looking for the koalas on their own or for Walking with the staff member to hear a bit of information about the koalas.

Sometimes, it was necessary to remind the visitors that the animals here are all wild, so they shouldn’t touch them or approach them too closely (or harass the animals by shouting or throwing things at them!). 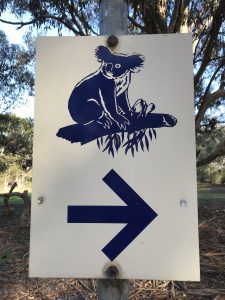 I assisted on evening the Nocturnal Tour booked. Tours run for 90 minutes. Nocturnal tours take place each evening. They are an excellent Opportunity to see Australian wildlife!

This programm whas and animazing experience, and gave me opportunities to increase my knowledge and skills in understanding and working with Australian wildlife in a natural habitat.

The work in the sanctuary whas varied and provided a variety of opportunities for me to Apply my current skills and learn some new ideas and techniques. I share with the Team my knowledge and innovate on the current system to provide constructive feedback. 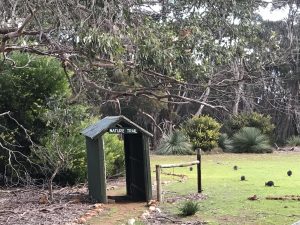 The wildlife sanctuary is in clise proximity to 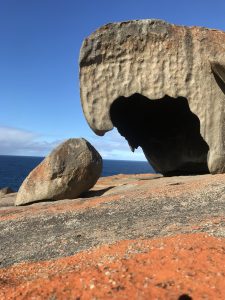 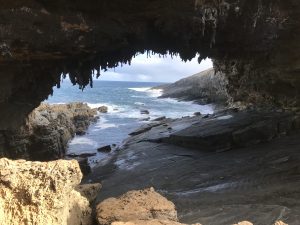 It is also very close to a breathakingly beautiful beach where we can either swim or fish (warmer months). Bush Walking is also very popular with various trails nearby. I visited all of these wonderful sights. 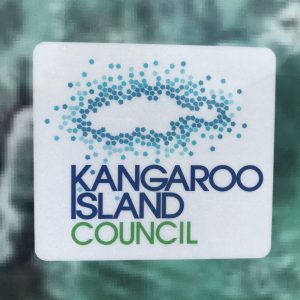 Australia’s millions of years of isolation from other continents, and the variety of habitats it offers, have contributed to the uniquences of its wild creatures.

Many of the continent’s furry animals are marsupials, whose Young are born bald, blind and helpless and complete their development safe in their mother’s warm pouch. 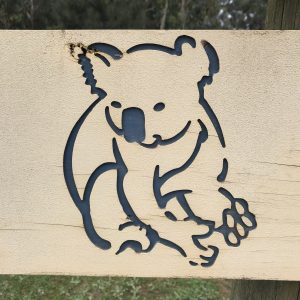 Australia has approximately 700 species of birds, including some of the world’s most magnificient parrots, the huge, flightless Emu and large Numbers of waterbirds.

The roll-call of remarkable wildlife includes reptiles, frogs, insects and a diversity of marine and freshwater life. 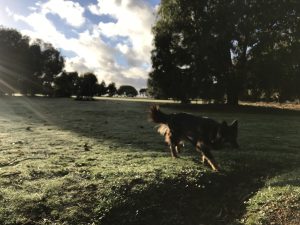